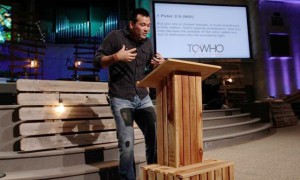 Aaron Tredway has been an international professional soccer player and coach since his graduation from California State University, Stanislaus in 1998. Throughout his thirteen year professional playing career Tredway played soccer in the top professional leagues throughout North America, Africa and Asia, utilizing the platform created by his profession as an agent of hope, and a powerful tool for social transformation.

With two degrees in Physical Education and two degrees in Theology (including a Doctorate of Ministry), Tredway is deeply committed to seeing lives changed through the power of sport. Having played, coached and spoken in over 120 countries on 6 continents, Tredway was the founder/Executive Director of the US-based professional soccer team, Cleveland City Stars, and currently serves as the Director of Global Advancement for Ambassadors Football International.

A sought-after speaker and teacher, Tredway is the author of TO/WHO: live for more, with over 50,000 sold, and the acclaimed TO/WHO Film Series. Quite the global traveler teaching and training others, Aaron usually finds himself visiting up to 30 different countries annually. 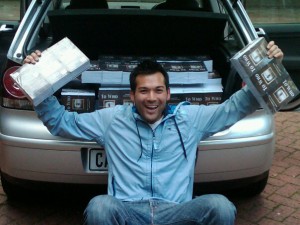